Members of the Sentura team gathered for the company’s mid-year ‘One Team One Vision’ session at the Rutland Hall Hotel on Thursday 11th August.

As well as reflecting on the company’s performance during the first half of this year,  the team also looked ahead to plans for 2023 and beyond.

And Digital Optimisation Manager Josh Pollard was named Values Champion for T2 2022.  Colleagues voted for him in recognition of his hard work across many areas of the business over the last few months. 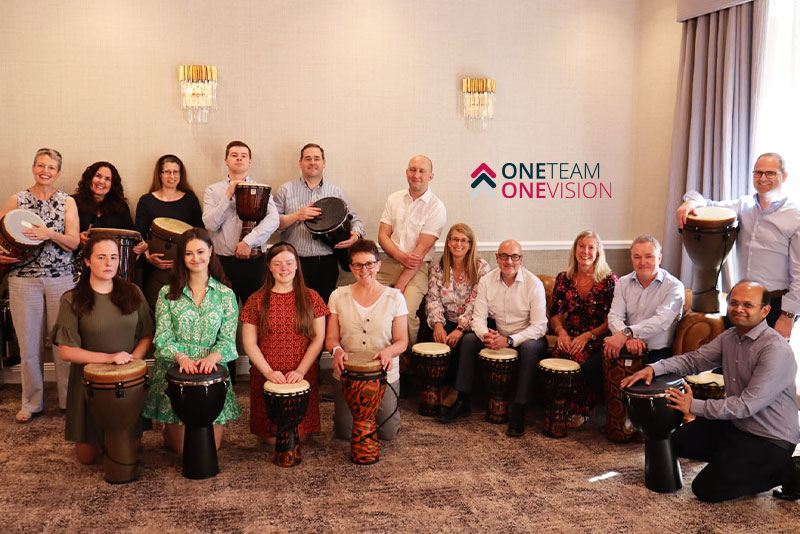 After the business meeting part of the day was finished, the team was joined by professional musician and trainer Chris Abingdon who ran a drumming workshop which was lots of fun as well and demonstrated the importance of teamwork in creating a cohesive sound, along with the opportunity for some notable solo performances too!